One of my favourite books of all time, and a story that tugged at my heart like no other. This is the book that Khaled wrote after The Kite Runner which I am yet still to read. The novel centres on two women, Mariam and Laila and how they have their lives intertwined after a series of drastic events, and their subsequent friendship and support for each other as they both marry the same man. The book is split into four parts: Part one is about Mariam, part two is on Laila, part three is on the relationship between the two women, and Laila’s life with Tariq is in part four. The way it is written, you get a real sense and understand about both women, and thus, build an almost palpable connection with then.

This is a story that really speaks volumes about friendship, family and cultural traditions. The journey that these two women go through is remarkable and their strength is unparalleled. Some of the scenes are so tense, I was scared to even turn the page, and when things go bad for them, you feel as if you are right beside them. Reading this novel made me feel sad and angry in a way that no book has able to match but it is still full of tenderness and hope. It is a book that even after all these years ( I read it back when it came out in 2009) still has a very special place in my heart.

This is a book that many people have read and loved, so no surprises here. The book tells the story of an adopted girl, Liesel, who moves to her new foster family after the death of her brother. During her stay with her new family, she is exposed to the horrors of the Nazi regime, caught between maintaining her innocence while dealing with her destructive surroundings, she befriends her father’s friend, Max, who is hiding in the basement during the conflict. Max teaches her how to read and how to use her imagination as a escape to the cruel reality she lives in. Her fascination with books leads her to steal the books the Nazis try to destroy, whist writing her own story. Important to mention that the novel is narrated by none other than Death itself.

I must admit I haven’t seen the movie, but I have heard that it doesn’t give the book near enough justice so I am not going to bother. The book, however, it is a masterpiece in storytelling and it has some of the most tender and emotional moments I have ever read. Experiencing the Nazi regime through the eyes of a child is an eye opener, and whilst it is heart and soul breaking at times, her innocence and her ability to see right from wrong makes her vulnerable but also very much real.

Another book centred around Nazi Germany, this one tells the story of a baker, Sage, who befriends a retired teacher who is loved by the entire community. One day the teacher asks her for a favour: to kill him. Reason? He used to be a Nazi SS guard. The twist? Her grandmother was a holocaust survivor. The moral dilemmas Sage faces, while understanding the story of the teacher is palpable during the story and you can identify with her journey as she tries to make sense of it all. The writer does a remarkable job in telling Sage’s grandmother story and the camp scenes are tough to read. It is easy for the reader to dislike or even hate the former Nazi guard but Jodi is able to bring a real sense of humanity and realness to his story, to the point where you almost feel sorry for him.

This is a book that surprised me, because it is not the usual Nazi/WW2 story that I tend to see in the bookshelves. The way the story is set in a bakery in the modern times, brings a sense of realness to the story. When we talk about Nazi Germany we tend to discuss it as it was a very long time, but in reality, there are still witnesses and survivors alive. 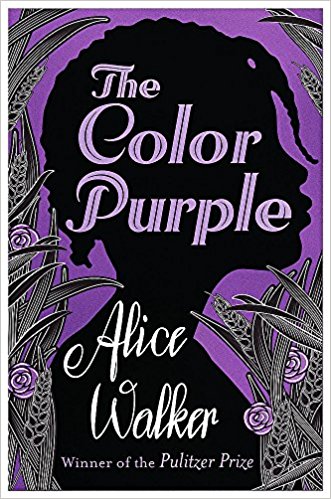 I think it is time we move on from WW2 stories into something equally bad: the dirty south in the 1900s. Another very famous title which has made it to Hollywood and Broadway, this is a heart-destroying book that had me in tears and in pure anger from the first page. The story revolves around a teenage girl, Cecile, who lives with her abusive father who continuously beats her and rapes her. Her father then takes her children away from her and forces her to marry a much older men, Mister, who needs a woman to look after his children, who are little pieces of sh*t (had to be said!). Cecil’s journey from her teenage years, until adulthood is a rollercoaster of emotions, filled with pain, tears and disappointment. It is a book that takes you to the edge; just when you think things can’t get worse, something horrifying happens. To say this book is emotional is an understatement. I think because as a woman, I feel a certain connection to Cecil, so you can feel her pain and sorrow, very much like in A Thousand Splendid Suns.

There is scene in where she finally gets to spend time with her daughter, and things go wrong with her employee that just broke me. The scene is not that bad in comparison to everything she has gone through by that point, but you feel exhausted and you just want Cecil to be happy, even if its just for a few minutes.

Yes, you have read that right. I am adding a Barbara Freely title into the mix, not only because it is indeed a heart –breaking story, but because for once, there is a male protagonist. This is the story of Ryan, a photojournalist and the ‘bad boy’ of the family, who returns home to the father who disowned him and the brother who betrayed him.

Like any family drama, the story takes a retrospective view, and is Ryan’s journey into his past that makes him vulnerable and relatable. This being a Freely title, there is of course a love story, but for me the plot twist at the end is what made me teary.

So these are my top picks – I am currently reading A Child Called ‘It’ which I know already is going to have me in tears in the tube during rush-hour but I will wait until I am done with it before I confirm such claim.

View all posts by Lady Lilith