Disclaimer: I am in no way or form a ‘serious gamer’, hence why this is not a review, but simply my opinion. Yes, I do own a ps4, a ps vita, a ridiculous amount of games I am yet to unwrap and play, and Stardew Valley is an obsession, but  I am still very much a ‘casual player’. So basically, don’t judge me.

The truth is, in all my years of playing videogames, I have never finished a game. I have come close a few times, but I have the attention span of a goldfish, so after a few hours, the boredom creeps in and I am either checking my phone, or looking what other games are on offer at the PS store. The game I have spent the most time is Persona 4, and even then, I couldn’t bring myself to finish it (I did put in almost 60hrs though). So with all of this in mind, my friend suggested we played A Way Out as you can supposedly be able to complete it within 5-6 hours and he wanted me to stop nagging him about how I can’t never finish a game. 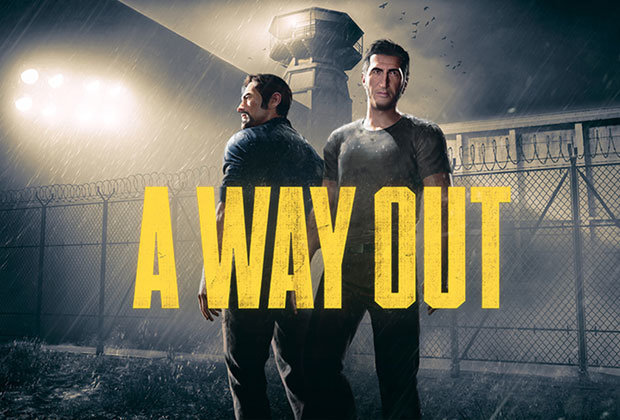 So on a lazy Sunday afternoon we got snacks and cocktails before settling in the sofa for what can only be called ‘an intense and emotional gaming experience‘ . By the end of the game, I was not only extremely happy that I finally managed to finish a game, but the roller coaster of the third act left me on a high. Since then, I have been talking to everyone who is willing to listen to me about this game.

I first heard about this game at the EA convention last year and I was excited to hear about such a cool co-op concept, where you can play online,  but best physically alongside your game buddy. The idea is that you need to work together in order to complete the game, but the characters do not always advance at the same time, so sometimes one character is busy doing the task in hand, whereas the other one is sitting down playing cards or chatting to characters in the game.

The game is about on two convicted prisoners, the smooth talker Vincent and the hot-headed Leo, who join forces in order to break out of jail and stay on the run from authorities whilst hunting down the man responsible for their incarceration. I played as Leo, whilst my friend played as Vincent (which made sense, as my friend is the sensible one).

The game is really intuitive, in a way similar to Uncharted. The opening scene involves Leo and Vincent in a fight, taking turns to punch one of the inmates. The game shows you the ropes as you go along, and you soon realise that timing is of the essence, whether is in a fight, or when making decisions. During the first act, when both of us where in the prison, we had to do a lot of the work together, whether it would be breaking doors, or going up a wall. Other times, I would distract an inmate or a police officer, while  my friend would do his part. A few decisions need to be taken together and the screen will allow you to choose within a time frame. The way it is done, it feels like every decision you make will change the outcome of the game, so you start to be more conscious about everything. My only ‘issue’ if you could say that, is that the game felt ‘too easy’ and it kept giving you hints as to what buttons to press and where to go (by the end of the game, you will feel tired of constantly pressing R2) 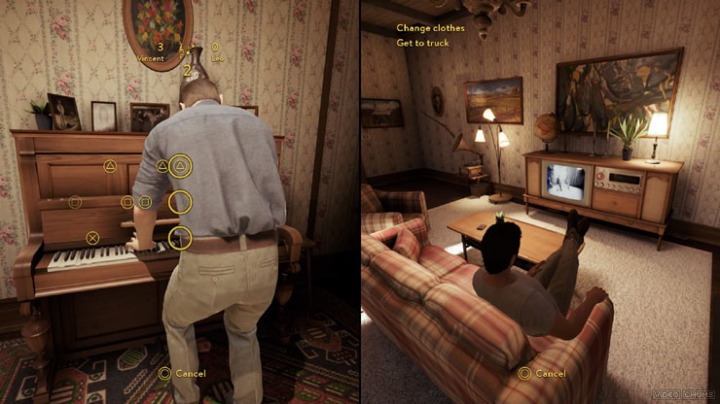 The game also resembles Uncharted in how varied the action is. There is fighting, shooting, driving cars and bikes as well as boats. It never gets boring, and each section feels like a completely different thing altogether. This also helps if you plan to finish this game in one sitting, which is what we did, as it kept you hooked on the storyline and made it all the most interesting. 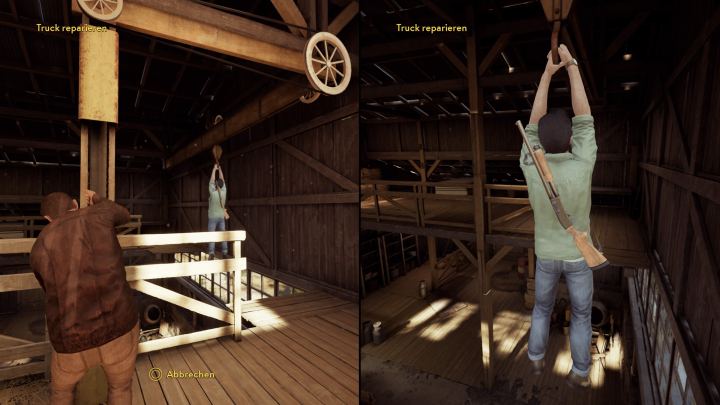 To say that this game feels like a movie is an understatement.  If anything, this is a movie that feels like a game. It has hints of The Shawshank Redemption and third act feels very much like Scarface. The characters are some of the best developed characters I have seen in a long time, and this is considering how short the game is. Yes, Persona 4 and 5 have amazing characters but they are 300+ hrs games. Within the first hour of A Way Out you already feel like you know the main characters. The downside is that as it is a game that tried to pack in so much, the sideline characters feel a bit flat and one dimensional.

But anyway, let’s talk how well shot the game is, because it truly is. From the fighting scene at the start of the game, you can see that the attention to detail is immaculate. There is a chase that happens at a building site that felt as if I was in a Die Hard film. Same goes for the hospital scene – it truly felt like I was in a movie. The cameras transition smoothly from a single shot, to a split screen and back again to single shots. Everything just flows extremely well, so well that you sometimes forget your turn is coming up and you actually have to play. There are also some beautiful ‘poster shots’ that deserve to be printed in, well, posters.  The skin rendering is not as good as, Detroit, but it is still far more superior than a lot of games out there. The characters are really well developed, and it is their small movements that speak the most.

I won’t reveal anything about this part of the game, but the last 2 hours of the game was what made it stand out from most games I have played recently. There is action, there is drama, and there is pure emotion. I won’t lie to you, at the end there was some serious tears in my eyes and they were totally worth it. There are different endings to the game depending on what you both do, and I guess I chose the most traumatic ending but it made the game a true remarkable experience.

So my verdict is of course, that you should go out there, buy the game and find a game buddy. I know people complain about the £20 but that is less than 2 tickets to the cinema and this is by far much more entertaining.

One thought on “Game Review: A Way Out” 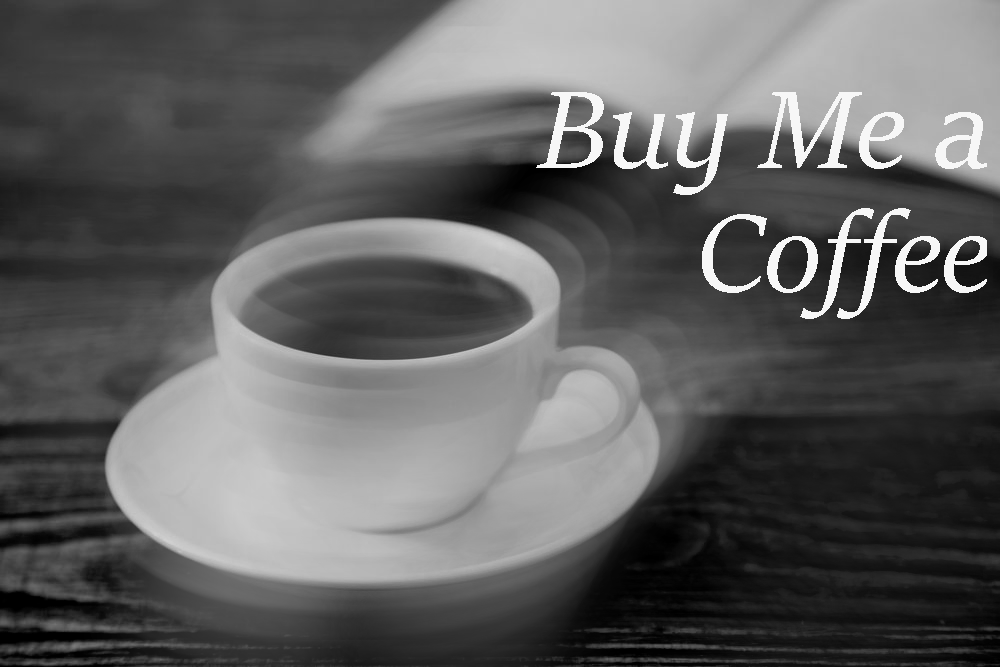